For a young woman like myself - a young woman of colour who is not used to seeing herself reflected in the leadership roles she so desires to fill – a conference like Women Deliver was a divine haven. Starting with pre-conference events, Sunday June 2nd of the year 2019 opened the city of Vancouver to participants and speakers from all around the globe to this year’s Women Deliver conference.

Women Deliver is a global advocacy organization founded by Jill Sheffield in 2007. In that same year, the world-renowned conference began. Often labeled the “Feminist Olympics”, the conference brings together powerful stories and unshakeable dreams to make the world a better place for women and girls around the world. The conference is hosted every three years and each time it has catalyzed movements and organizations that continue to better the lives of women and people everywhere.

My experience was particularly memorable as I was participating in representation of the Canadian Red Cross. Being at the conference allowed me to meet leaders in organizations like my own that were rippling change I believed in. I participated in a panel with Kristín Hjálmtýsdóttir, the Icelandic Red Cross Secretary General, Mary Werntz who is the Deputy Director of Operations at the International Committee of the Red Cross, and Sara John Fowler who is on the International Federation of Red Cross and Red Crescent Societies’ Governing Board. The panel was about breaking the glass ceiling in an organization that has been male-dominated for most of its history. We spoke about not only making space for women but also diverse women. This was very exciting for me as I was the only young, person of colour on the panel; it was a testament to the progress that is occurring but also the work that is yet to be done within the organization. In addition to this unbelievable opportunity, I was also able to speak at the Speakers Corner in the Fueling Station. The Speakers Corner gave me a platform to share the work that the Canadian Red Cross has done for youth like myself across the country, as well as share all that we, as young people, are doing with the resources the Canadian Red Cross has provided.

Katja Iversen asked one question at the very beginning and then reiterated it as she closed the conference: “How will you use your power?” A common thread seen in conferences about and for “movers and shakers” is the concept of “empowerment”. This is unmistakably seen as the ever-consistent holler of “you can do it”s and “you have the power”s that come from an innocent place of encouragement and energy but is just an acknowledgement of what is already there, with no formed plan or resources. Although some of this display of “passing the baton” was seen - as it is bound to at an event of this nature - Katja’s question added more depth to the “you can do it” battle cry. The question acknowledged agency and potential, as well as urgency in the needs of our world.

After the week of early morning sessions and late-night seminars, I felt full. My hands were full of resources, my wallet was bursting with business cards, and my heart was ready. I was ready to take on the world and meet every single one of the Sustainable Development Goals by the following week. But I was also exhausted. I had spoken to more people than I had in the previous months and had learned more than I could ever expect. Fortunately, I did attend a session that highlighted the importance of helping oneself before helping others. So, since the conference, I have done just that; I have rested and reached out to my new friends, and now, I truly am ready to use my power.

To answer Katja’s question, I will use my power to listen and teach. I will listen to people’s needs before acting on their behalf and teach those most vulnerable in my life that they have rights that deserve to be respected. 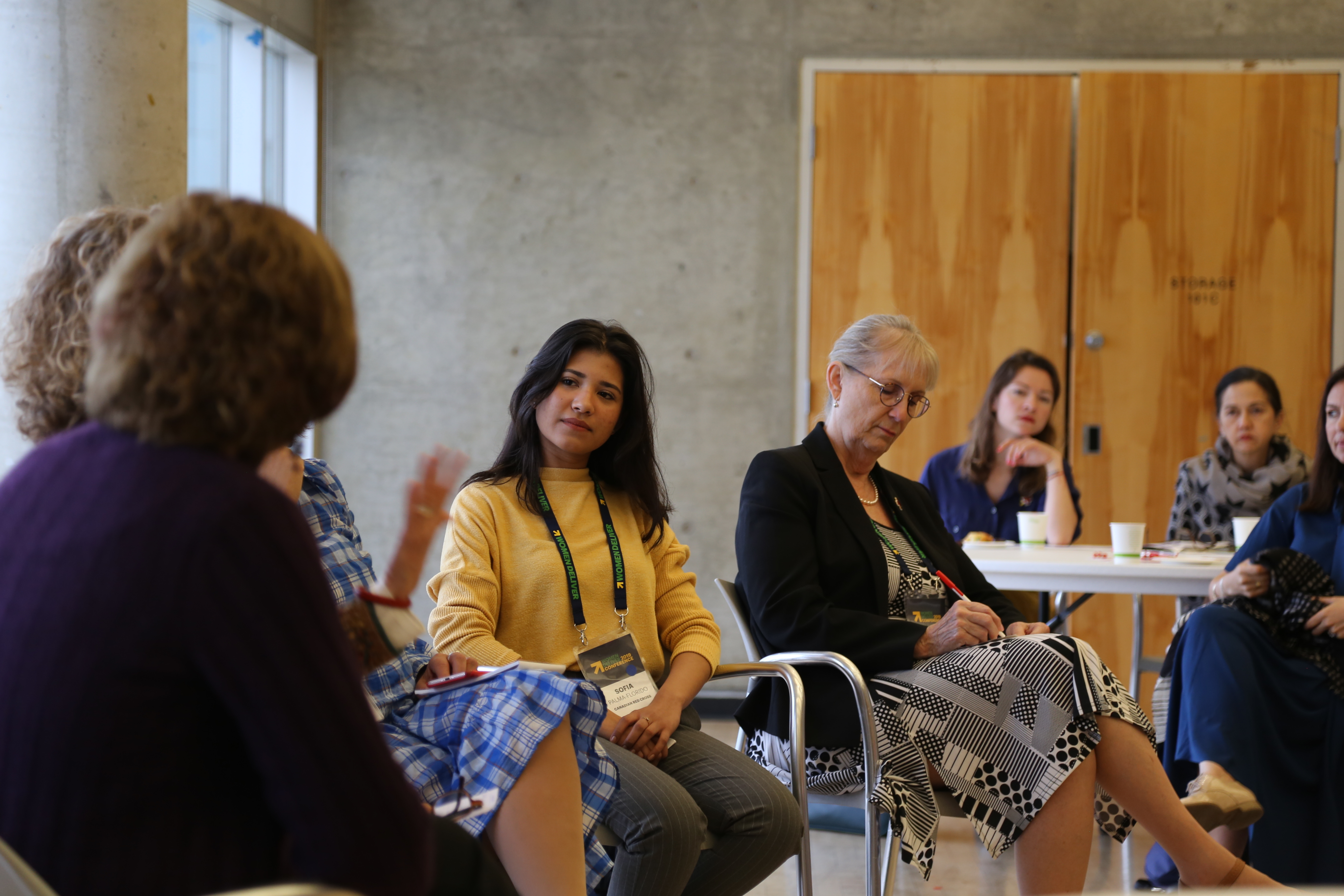